It's been a while since my last blog post so you have had lots of time to prepare for Spain!  Barcelona is our only stop in Spain on this tour so I thought it deserved a blog post on its own.  The plan is to come back once the tour is over and go to Madrid and then Portugal.

First impressions of Barcelona was very different to the other European cities that I had been to so far.  It had a beachy kind of feel and the roads seemed to be far wider than the cramped streets of Paris and Avignon.

The culture of Barcelona is pretty incredible.  Parties, monuments, beaches and fresh fruit/seafood markets seems to be an awesome mix and we truly had an epic time.  In the free day, a mate and I hired bikes and rode from one end of the city to the other.  The idea sounded better in our heads because we found out the hard way that Barcelona is quite different to Paris in that it isn't completely flat!  And with eating and drinking what ever I wanted for a couple weeks, let's just say the fitness level has taken a hit!

Spain is well known for the famous architect Gaudi so we first rode up to Park Guella to see some of his work and to see some amazing views of Barcelona. 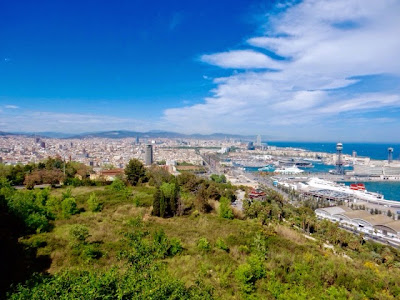 On the way down the massive hill, we stopped at the Sagrada Familia Church to see another of Gaudi's crazy creations. The church in the following photos is the largest church in Europe that is still under construction. The church was started in 1882 and the build has been funded solely by donations and entry fees.  Pretty incredible! 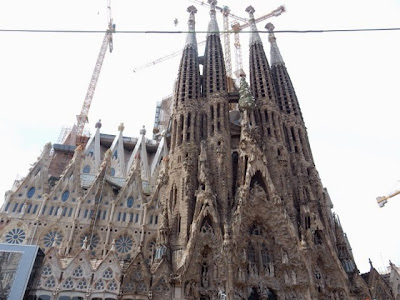 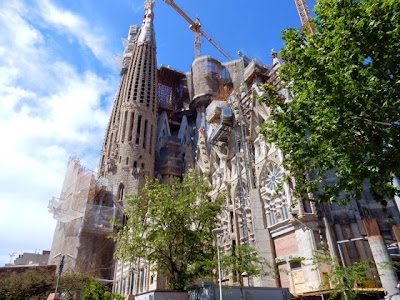 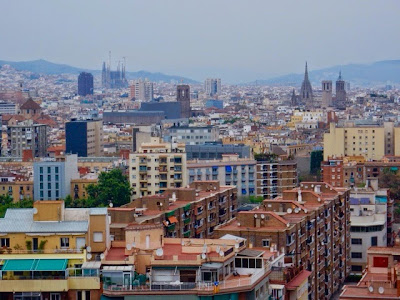 After we handed the bikes back, we made our way down to the beach via some shops and an awesome fresh fruit and seafood market. Finally, I got to see a beach which is one of the things I am missing from Australia. Unfortunately the weather wasn't great and it wasn't very swimable so i had to fullfill my appetite for the beach from afar.  At the beach we got lost of course (one of the adventures of travelling) and then took a chairlift from the beach right up to the mountain overlooking the city.  After a rooftop drink, we taxied it back to the hotel to prepare for Spanish partying!!! 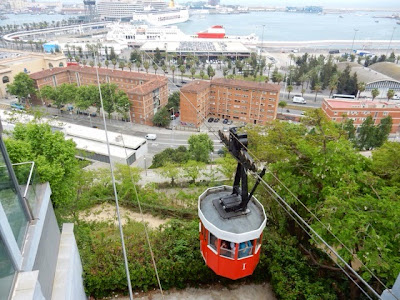 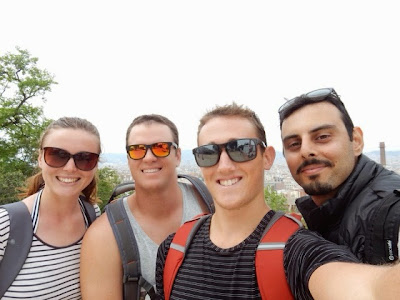 This partying consisted of a Flamenco Show which is essentially 30 minutes of musicians and dancers improvising on stage. It was definitely an experience and a fun night which consisted of Sangria (lots and lots) and a fun game of rose passing without hands through the entire Flamenco audience.

After the show, a quick few shots at a bar before heading to the craziest beach nightclub I have ever seen.  The club was called Opium... yep.. and it was the biggest and busiest club I have ever been to.  Normally the entry fee is 20 euros which is about $30 Australian dollars. Pretty crazy stuff.  Even though we had a good time at the club, I have definitely learnt through this trip that often the most memorable times happen when you are with great people and at a club like that, it is more like being on Opium than having a great time with mates.

That's it for Barcelona!

Sorry if there are delays in future blog posts, surprisingly it is very hard to get quality wifi in a lot of the campsites we are staying at but I will endeavour to keep you updated :)