This post is about my intense but awesome time in Nice and Monaco.

Nice and Monaco are very interesting because there are so many rich people around.  Before you start wondering, no, I unfortunately didn't find a rich lady in the French Riviera.  I did enjoy however the people, car, and private jet watching and it just blew my mind seeing how some people live.  Monaco, which is about a 40 minute drive from Nice, is so exclusive that celebrities like Michael Jackson and Elton John were both turned down on their application for residency there.  Most rich people want to end up living in Monaco because it is known as a tax haven, that is, no income tax is required.  I'm going to start preparing my application now so that it is ready to send off once I hit the big time!

The drive from Barcelona to Nice took a whole lot more time than was expected. To start with we stopped off at a perfumery on the way, had a private tour, and had some free time so that the girls could stock up on cheap perfume etc. Then we got stuck in a massive traffic jam due to a fatal car accident. This really woke everyone up and made us appreciate being alive and living everyday to its absolute fullest.

Finally we got to Nice and had our best meal yet on the trip!  The three course meal consisted of a traditional French tuna and egg salad, then tender marinated beef, baked potatoes and incredibly tasty carrots, then home made pofiteroles with rich chocolate sauce. Yum!

We also had a fantastic night/morning at a bar where table dancing is compulsory.  When the live music starts, everyone hops up onto the long tables and partayyyyys! In Australia, workplace health and safety would be onto it in a flash, but hey, we are in Europe and it was our one week tour anniversary!  After the bar, I had a pretty rough night but bounced back the following morning ready for an epic day in Nice.  Up again at 8.30, had 3 croissants, a bowl of cereal, yoghurt and an espresso coffee and then off to climb the hill at the end of Nice beach.  I saw some of the most incredible views of my life there and have posted a few photos below. 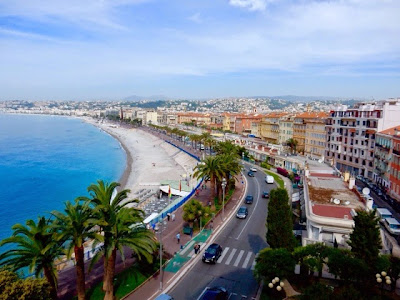 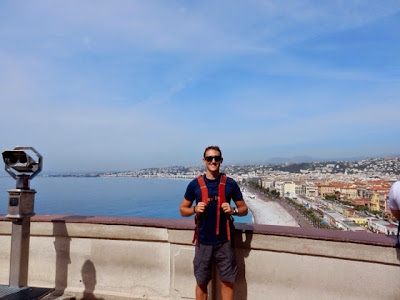 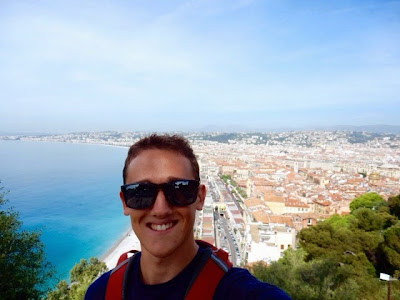 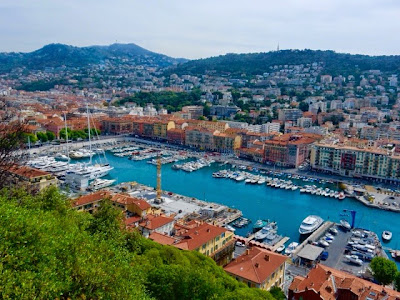 After the view, I had a quick bike ride down the length of Nice beach to the airport to see plenty of incredible private jets... even better than Clive Palmer's back home on the Sunshine Coast.  We had a quick and very chilly swim at the beach which was my first real European beach experience.  The beach was just pebbles and rocks which was weird for me but was definitely an experience. Yes, European beaches are kind of what you have heard - I saw lots of old, flabby, leathery boobs from the rich sunbakers that lay on the beach all day.

After the beach, we got a kebab and then headed to the Monaco casinos! I Put 5 euros into a poker machine and pulled out 60 euros two minutes later at the Grand Casino! Didn't see any celebrities but saw some pretty awesome cars and also saw the track and the set-up for the Grand Prix which is a couple weeks away. Even the taxis are Mercedes Benz's in Monaco! Heads up for a couple photos below. 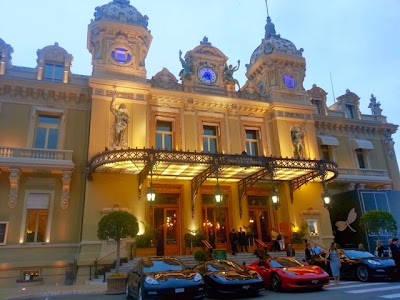 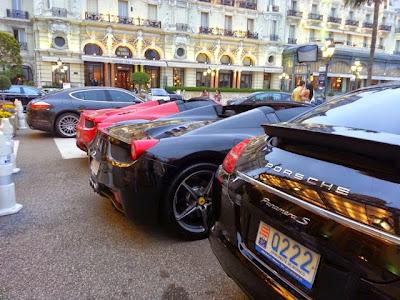 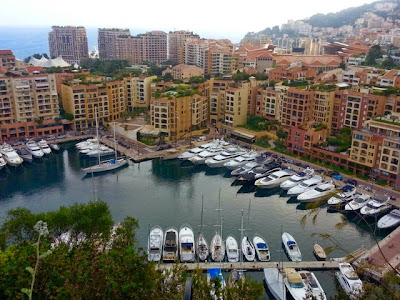 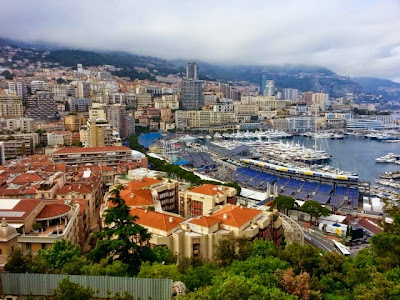 After a very fancy French dinner involving veal, potatoes and spinach with myself and 7 of the girls, we headed back to the hotel where insomnia hit.  At 3.30am in the morning we gave up on sleep and I had my first ever sleeping tablet which completely knocked me out!