Croatia was definitely a highlight of my 28 day tour. We stayed at an island called Pag Island for 3 nights which was the longest stay anywhere on the tour.  Pag Island is a party island that is absolutely pumping in Summer. Unfortunately, we arrived about a month too early which meant it was still off-season and most things were shut.  Luckily, mountain bikes were still available to hire which suited me perfectly and we had an epic time riding around the island for 2 days straight.

Croatia is quite interesting because the scenery is unlike anything I had ever seen before.  Even though it is an island and there were beautiful pebbled beaches, once you go inland a bit, the terrain turns very rocky and becomes almost dessert like.  Coming off the barge onto the island was really weird because we truly could have been anywhere and if someone had of said we were in the Middle East, we would have believed them. This terrain turned out to be pretty awesome for mountain biking and we found a few pretty awesome tracks to get the adrenaline pumping.

Long story short, for 2 days we alternated between swimming, biking, and eating... A perfect trio of activities in my opinion!  Here are a few photos: 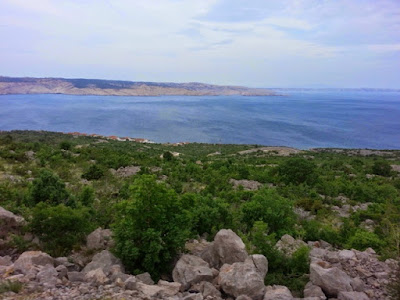 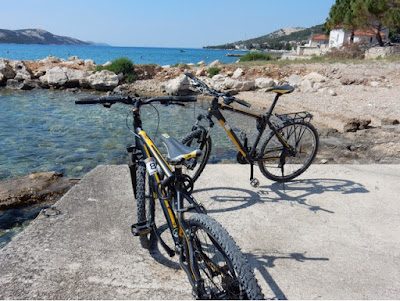 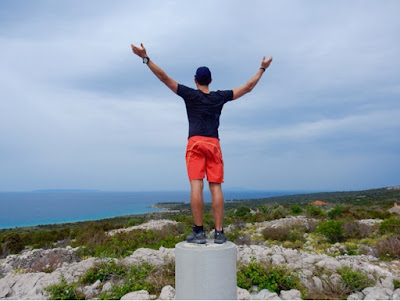 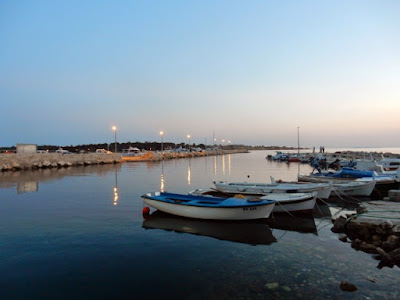 Our bus driver, Pistol Pete and I also saw the best sunset of our lives the very first night in Croatia.  It was absolutely breathtaking and we were speechless at our beautiful the world that we live in is.  I kept thinking about how we just watch the world go by and don't truly appreciate what is right there in front of us.  Check it out. 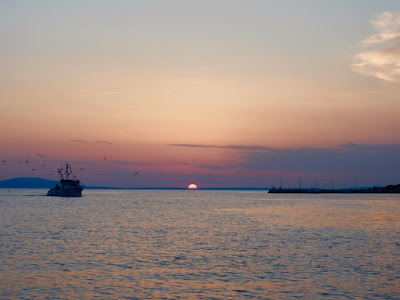 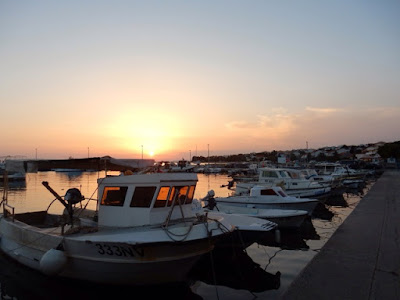 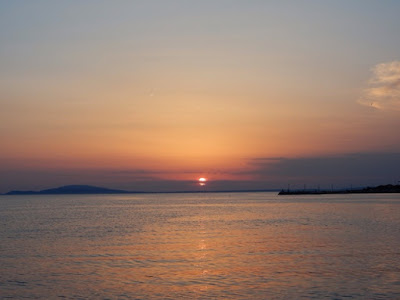 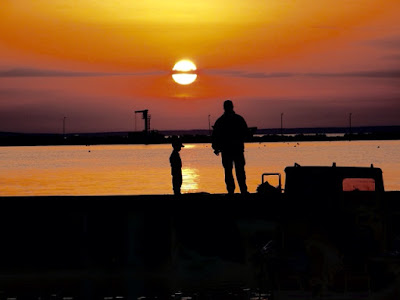 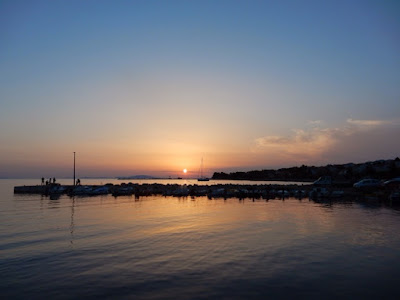 On the second day of riding around the island, three of us went inland first thing in the morning to try and find a cool mountain bike track that we saw the day before.  After getting slightly lost, we ended up in the right place and started down the track.  Everything was going perfectly, until about 10 minutes down the track it turned to rocky uphill with no end in sight.  Like true troopers everyone kept going and we kept going up and up and up until we could go no further.  Just as we were about to give in and turn back, we spotted a cool little winery where we possibly could get some well-earned lunch. And lunch was what he had...which turned out to be the nicest meal I have ever had in my entire life.  Picture this: three tourists in the middle of nowhere, sweaty, dirty, tired, hungry, and in my case bloody from going over the handlebars, at a posh and apparently famous restaurant on a hill on a small island in Croatio.

Our menu consisted of:

And the best dish of all... 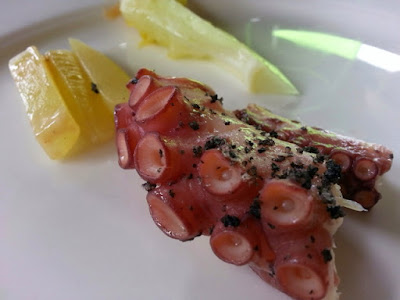 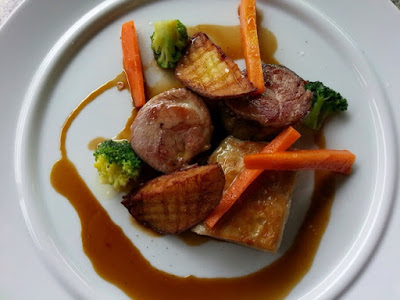 Wow, what a memorable two days.

Love you all and talk soon!
Scott